Top meets bottom in what is supposed to be a must win encounter for us.

AC Milan host Bari in San Siro on Sunday lunchtime knowing that a win would put them seven points ahead of Inter just one matchday (away vs. Palermo) before the big derby. What is supposed to be an easy encounter on paper might prove a tough test for Allegri’s side. Bari’s last visit to San Siro (in 2009) saw out a goalless draw between both sides. One must admit though that time (transfers actually) affected the soon to be Serie B side greatly.

The midweek fixture against Tottenham in the Champions League saw Milan exit from European competition and now have only the Serie A and the Italian Cup to focus on, which might prove to be a blessing in disguise. Milan will also be glad that Clarence Seedorf, who had a series of less than average performances this season, displayed a very impressive one against Spurs, one that suits his reputation. Antonini also got some playing time against Tottenham and might get the nod from Allegri today in order to regain lost fitness. Another alternative would be to put Emanuelson at LB to see if he can handle that position. Merkel featured as well against the English side and might feature in the starting eleven. Boateng was not summoned by Allegri for this match after he felt some ankle pain against Tottenham.

We must go all out attack from the first minute against Bari trying to score a goal so we won’t chase one for 90 minutes. The win would mean a lot as it would bring us one step closer to the Scudetto and one step farther from our nearest chasers, Inter (this could change if Napoli win against Parma on Sunday). Bari, on the other hand, have the slightest of hope for staying in Serie A and many argue that it’s only a matter of time before they are mathematically relegated. Even a win at San Siro would not do them much good, but it surely wouldn’t hurt. Basically, Bari has nothing to lose with their fate very close to be sealed, so they might prove a tricky obstacle to overcome.

Milan still has to do without Pirlo, Massimo Ambrosini, Boateng and Inzaghi, all injured. 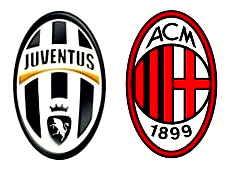 Although Juventus is coming into the game after poor results against Lecce and Bologna, they always give it their all against the big clubs, and will be looking to win this match in front of their home fans. Juventus will also want to win in order to keep any hope in obtaining a Champions League spot alive. Coach Del Neri’s future is also in the balance and he will do whatever he can to motivate his team to get a win against the league leaders. On the other hand Milan should have momentum on their side, fresh from thrilling wins against Chievo and Napoli. They will also be looking to keep (or possibly build on) their 5-point gap from Inter, who play Genoa this weekend. Milan will also be keeping one eye on their Champions League clash against Tottenham later in the week.

“It is normal now that we are eleven games from the end that every game becomes the most important.  Tomorrow’s game will be vital to the Scudetto for us, and for them it is important to qualify for the Champions League. Juventus are strong physically, they have character and are dangerous on set-pieces. When a team is wounded like they are now I am sure they will play a great game. However, we are in good conditions and we have the objective to go there and achieve a good result.

If we were to take it easy tomorrow we’d be crazy; with 11 games left we should go into each game with the objective to get a result. Last time we played Juventus they played a good game, taking advantage of our errors. We also played an excellent game, we were more dangerous, and I was very disappointed for not having gotten a result. Against Inter they also played well and won; at Lecce they were left with 10 men after 10 minutes and on Sunday (against Bologna) they were unlucky in the first half, then granted Bologna two occasions that they were able to exploit. To get a result in Turin we will have to be great. The championship is long and we must think of the individual games as they come.  Tomorrow will be not be easy, according to the numbers Juventus have done well against the top five this season.

I have not yet decided on the formation but there is good probability that Pato will start.  However independently from who starts the match, who comes from the bench will need to play an important role, like we’ve already seen many times this year.  From this moment on in the season, the bench can become even more determining than ever before.  Boateng has good probability to start as well.  For the remainder we should think about tomorrow only, and not about Wednesday, because we have recuperated a lot of players and I believe that we have necessary forces to play more games.” 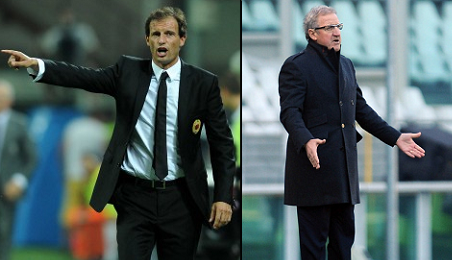 Alexandre Pato: Amazing performances against Chievo and Napoli have cemented his place back into the starting eleven after having started several games from the bench, he will be eager to exploit the Juventus defence.

Quote: “It is not a problem if Juventus are angry and motivated and that they won the first match. We believe we can do it.”

Alessandro Matri: Juventus’ winter signing has integrated well with his new team since arriving, scoring a brace against former team Cagliari and scoring the winner against Inter three weeks ago in their 1-0 triumph. He will have something to prove to his former club, having spent 11 years at Milan before leaving for Cagliari in 2007.

Quote: “I used to love playing this game when I was at Cagliari, the will to play against Milan is always there even though we are going through a rough patch.” 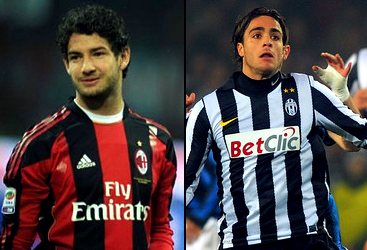